Would you like to learn Swedish? Norwegian? Or Danish?
Maybe even Icelandic or Faroese?

Then you’re in luck, because the Scandinavian languages are relatively easy for us Germans to learn: what God morgon means is easy to figure out, and what an äpple is, too.

Like German, Swedish, Norwegian, Danish and Icelandic belong to the Germanic languages. They are therefore related to German – just as the Romance languages French and Italian are related to each other. Related means that they have a common basic language that was spoken several thousand years ago. 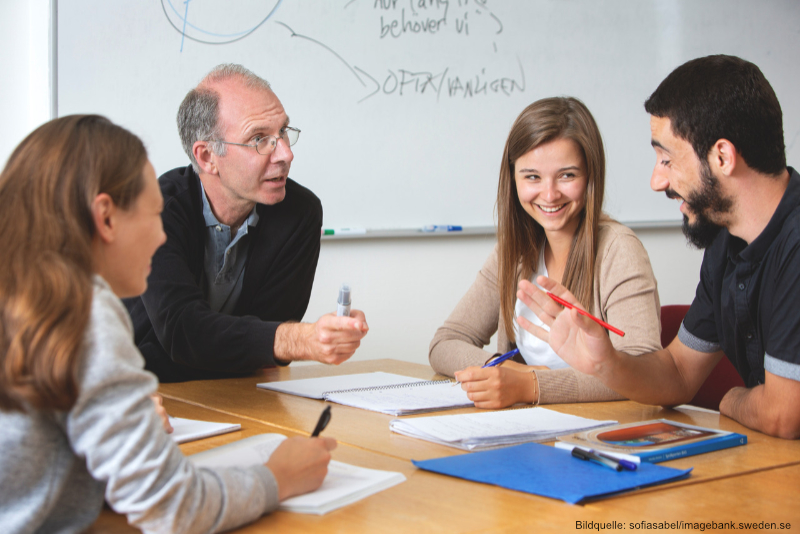 Is Finnish also a Scandinavian language?

Finnish does not belong to the Germanic languages, not even to the Indo-European language family (which – roughly speaking – includes all languages between India and „Germania“). Rather, Finnish forms together with Hungarian the Finno-Ugric language family, to which, for example, Estonian also belongs.

The North Germanic or Scandinavian languages

Within the North Germanic languages, a distinction is made between the mainland Scandinavian languages Swedish, Norwegian (with Bokmål and Nynorsk) and Danish, and the island Nordic languages Icelandic and Faroese.

Which language is easiest?

The question of which language within the North Germanic languages is the easiest for us Germans to learn is not so easy to answer. But let’s take a look at the issue from the back: The most difficult languages to learn are certainly the Norse languages Icelandic and Faroese, because they still retain many old forms, words and also characters. In Swedish, Norwegian and Danish, for example, all personal forms of verbs are conjugated in the same way, but in Icelandic the forms are different (except for one). Here is an example of the verb to be in the present tense:

How many people speak the Scandinavian languages?

Similarities with the German

Written Danish is most similar to German. At first glance, there are similarities with North German: for example, the roll is called rundstykke in Danish and Rundstück in North German. When spoken, however, Danish is difficult to understand because many sounds and syllables are contracted or „swallowed“.

In Swedish and Norwegian, there is no translation that fully corresponds to our word bun – so this also has cultural reasons. All in all, however, there are many similarities between all Scandinavian languages and German – and of course also with English – that you sometimes just have to discover. 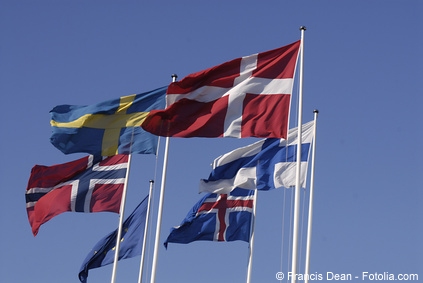 A great advantage of learning a Scandinavian language is that regardless of which of the three „big“ languages (Swedish, Norwegian or Danish) you learn, you will generally be able to read written texts in the other two languages. The Scandinavians among themselves also often understand each other in the spoken form – at least if they make an effort and are motivated.

It comes from the Swedish verb observera (english: observe), which in turn came into the Swedish language as a loanword (originally from the Latin observare). OBS! is used as an expression for „Attention! Caution!“.